Posted by jmullerwashingtonsyndicate in Uncategorized on February 27, 2018 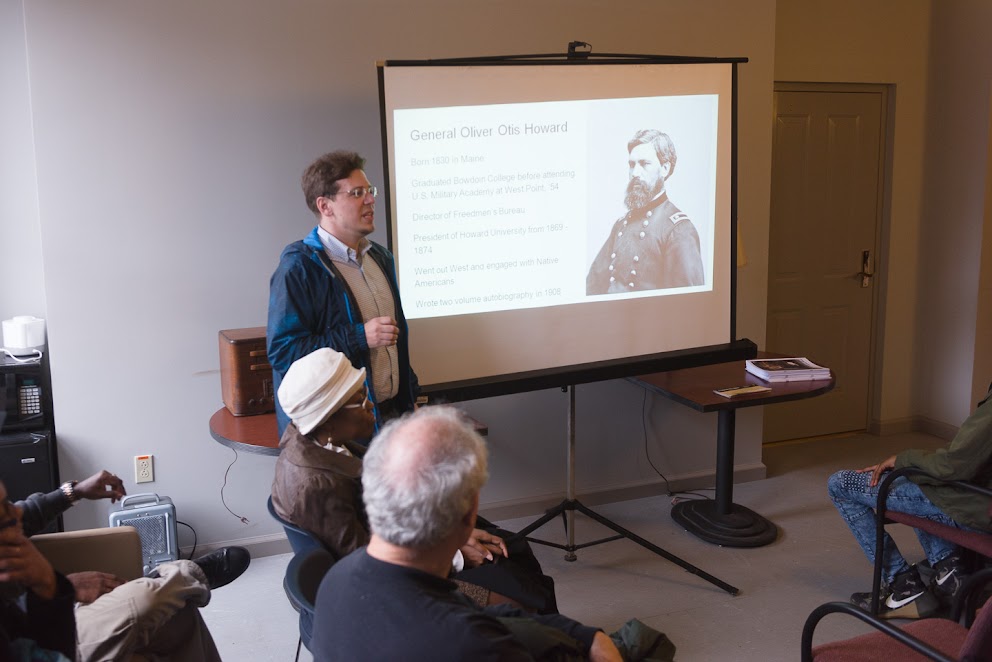 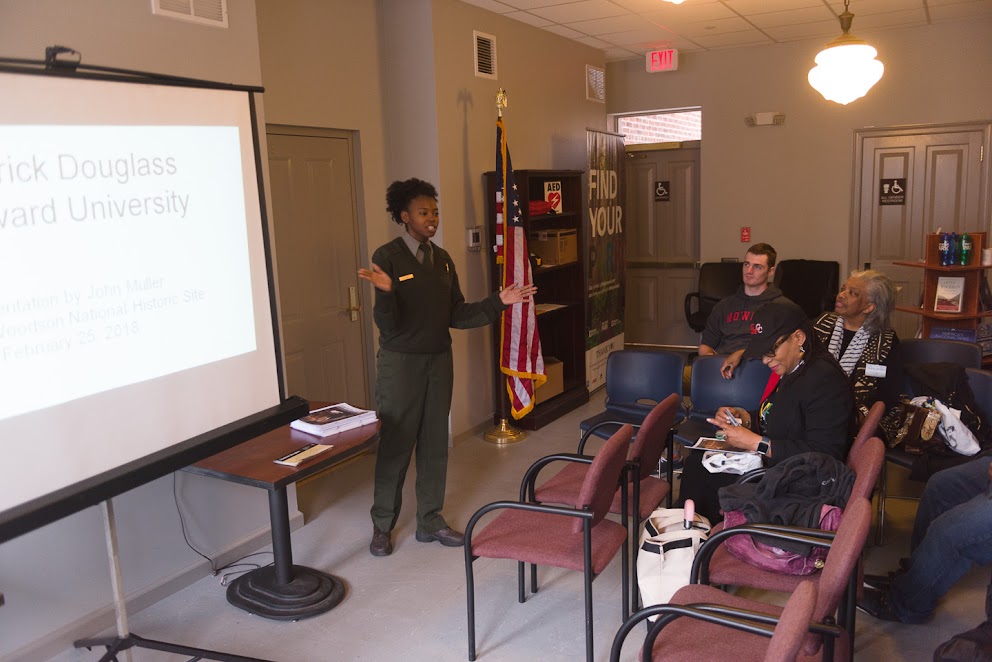 Posted by jmullerwashingtonsyndicate in Uncategorized on February 26, 2018

Running the back creeks of Maryland’s Eastern Shore and drifting through indigenous communities across counties older than the formation of a country founded on the legal codification of African slaves as three-fifths of a human being, an apparition of a defiant enslaved abolitionist prince, Frederick Augustus Washington Bailey, and the benevolent and contemplative spirit of America’s Pharaoh returning to his birthplace touches historic churches, ancient family cemeteries with timeworn headstones, weathered docks, collapsed barns and cabins, cross-town highways and the current lives of record-breaking athletes pictured in the daily sports pages of the Star Democrat.

Memories of the benevolent visitant, the native son raised and muscled up on Eastern Shore pork, world traveler and confidant of Presidents, brother and cousin Freddy are hallowed and will be forever beyond reach of preachers and biographers.

At the conferment ceremonies of an honorary degree to Frederick Douglass this past weekend at Washington College speculative Yale historian David Blight crossed the boundary of fact and his own manipulative out-of-bounds White Man Lies.

Disgraceful speculation has no place in Douglassonian scholarship.

As a co-founder of the W Street Douglassonians I trumpet to all who can read and hear that Prof. Blight must immediately discontinue his dangerous disinformation and disrespect of Dr. Frederick Douglass.

No evidence for disrespectful and dangerous speculations

At a service to reconcile the irreconcilable truth founders of Washington College were members of the Lloyd family, architects of a plantation society that birthed an enslaved Douglass, Prof. Blight offered half-truths and dangerous speculations.

Before dignified members of the Douglass and Bailey families, without providing a molecule of supporting fact, Prof. Blight felt compelled to insinuate and/or allege:

Death knocked many a time on the door of Dr. Douglass who outlived his pre-teen daughter, first wife of 44 years, namesake, and many grandchildren.

In one week Grandpa Douglass lost grandchildren on successive nights.

I speak for W Street Douglassonians and formative friendships I’ve had with grandchildren of runaway fugitive slave-scholars since my prepubescent years in declaring nothing less than an immediate discontinuation of Prof. Blight’s public and private statements suggesting Douglass and hundreds of Douglass / Bailey tribe members are anything less than descendants of a warrior tribe which produced America’s Pharaoh will suffice.

The falsehoods and slanders of Prof. David Blight has moved beyond the pale of what can be accepted. The continued suggestion of these unfounded accusations should be immediately addressed by the small community of existing Douglassonian Scholars.

Lies should have never been allowed to be uttered in the first place. I previously forewarned Prof. Adam Goodheart, President Kurt M. Landgraf and others at Washington College about the consequence of depending on the unreliable speculations and nonexistent scholarship of Prof. Blight.

I politely addressed the lies of Washington College and Blight a couple weeks past in the pages of the Star Democrat.

I may now be impolite.

Everyone responsible for Prof. Blight’s backwards and irresponsible remarks at Washington College should be ashamed and humiliated.

By awarding an honorary degree to Frederick Douglass the tenth oldest college in this country, named for our first president, has taken an important step to properly recognize Douglass on the Eastern Shore. However, there is much work to begin, build, preserve and maintain a newfound dignity for the tradition of Douglassonian Studies.

There must be a restorative liberation movement of local and worldwide Douglassonians.

Prof. Blight has enjoyed a life of ease aided by the misbegotten label “Douglass expert” carrying him across the world and country without a work product in nearly thirty years to support this fictitious credential maintained by hundreds of philanthropic, academic, government and public history associations and institutions.

It is time for the lies to stop. Been time.

Posted by jmullerwashingtonsyndicate in Uncategorized on February 26, 2018

Image courtesy of Kenneth B. Morris

“I had the honor of accepting a posthumous Honorary Doctor of Laws degree for Frederick Douglass from Washington College Friday night in Chestertown, MD. My ancestor was born into slavery about 30 miles from the school. His slave master was a benefactor to Washington in its early years. Douglass never spent one day of his life in a classroom because it was illegal for an enslaved person to get an education. He could not have attended this school in his lifetime. To commemorate the 200th anniversary of his birth, he received this long overdue recognition. We are proud to partner with Washington College on our One Million Abolitionists project.

Join me in congratulating, Dr. Douglass.” – Kenneth B. Morris

“Allow me to reintroduce myself, Dr. Frederick Douglass …” – Tarence Bailey

Posted by jmullerwashingtonsyndicate in Uncategorized on February 22, 2018

Posted by jmullerwashingtonsyndicate in Uncategorized on February 22, 2018

All images courtesy of Eric Zhang.

If you’ve attended a Douglass-related or Civil War-themed event in the DC area over the past year or so you’ve probably been photographed by the enigmatic Eric Zhang.

Eric is an honorary W Street Douglassonian. He comes through.

Thank you to our friend Eric for the photos and to Anacostian Dewey Sampson for taking a moment to talk with Sunday’s walking tour group coordinated as part of the Frederick Douglass National Historic Sites’s Douglass Bicentennial Birthday.

Posted by jmullerwashingtonsyndicate in Uncategorized on February 21, 2018

Earlier this month at the Reginald F. Lewis Museum in Baltimore I attended a presentation by Douglassonian Studies scholar Dr. Lawrence Jackson of Johns Hopkins University.

Fortunately and thankfully there is yet hope.

According to an online article about the project Jackson led, “Working with the Maryland Historical Society, the four students combed archives, old newspapers, and census records to trace Douglass’ pathways in the 1820s and ’30s. Then, with JHU’s Sheridan Libraries, they used the ArcGIS digital mapping platform to construct a visual narrative.”

Having attended dozens of Douglass discussions, panels and lectures over the years I can state beyond metaphysical certitude that, along with other scholars such as Prof. Leigh Fought, Zoe Trodd, Celeste-Marie Bernier and Morgan State doctoral candidate Candace Jackson Gray, Prof. Jackson is advancing Douglass scholarship to areas of previously unexplored terrain.

“Frederick Bailey of Baltimore” was an original, engaging, thoughtful and revealing discussion of the early years and experiences of Frederick Bailey in Baltimore as told through new sources of scholarship.

We commend Prof. Jackson and hope to see, hear and read more of his work on Douglass in the near future.

“I have shed no tears,” Theodore Tilton remembers his brother from another, Frederick Douglass 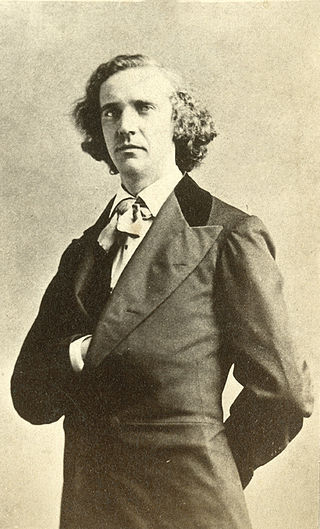 I infer that by this time you will have gone back from Rochester to Washington.

As to Frederick, I have already said my say. I have said it in verse.

But what I have said – now that I have said it – seems to me to be written in so intimate, so personal and so affectionate a vein, that I question the good judgement of publishing my eulogistic stanzas at the present moment.

Meanwhile, my object in this note is to say that, ever since I had the news of his death, I have been filled with every friendly emotion except one, and that is, grief, for of this sombre sensation I have felt none at all; but, on the contrary, I have experienced a strange joy and pride that he has rounded out his many years amid such universal honor, and has gone down into his grave with such a magnificent exit from this calumnious world.

I have shed no tears – pardon me for saying so – and I have therefore a more than common privilege of speech.

Please remember me to the boys and tell them to be as proud of their father as if he had been Miles Standish or Israel Putnam, or James Otis.

Thank you to Street Sense for their continued support of community news and local journalism.

Please support your local Street Sense vendor including your friend, and mine, author Gerald Anderson at 9th & G Street NW.

Posted by jmullerwashingtonsyndicate in Uncategorized on February 19, 2018