Posted by jmullerwashingtonsyndicate in Uncategorized on February 9, 2018 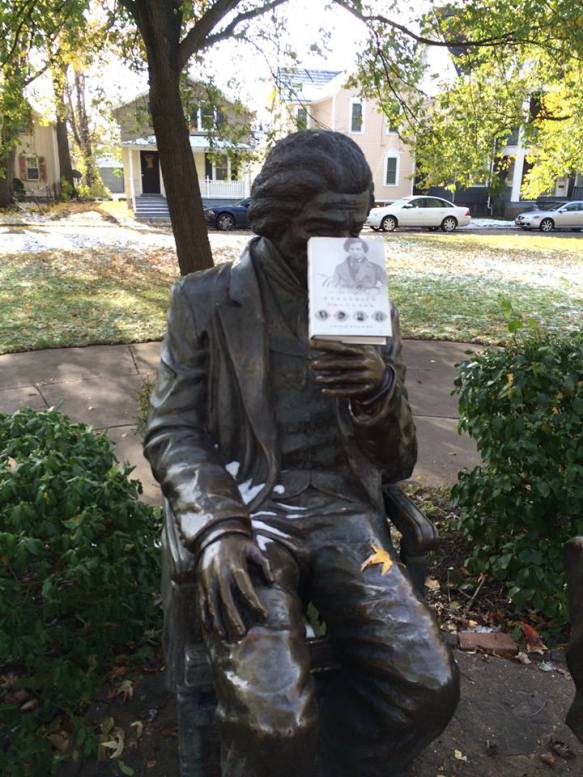 In truth, there are less than 100 original works of book matter scholarship on Douglass. Dr. Fought’s book upon publication immediately became a top 20 work, if not a top 10 work.

The permanence and prominence of Dr. Fought’s book in the limited pantheon of Douglass Studies will surely grow in time as it will become a foundational text. True scholars need not worry about the out-sized and distortive role Love Across Color Lines has played for nearly two decades. Dr. Fought is Omar out here and has relegated Diedrich’s “inventive” work to where it belongs.

Henceforth all informed advisers for graduate students and self-professed FD scholars and “experts” must use Dr. Fought’s book and public scholarship as a starting point for the discovery of the variety of networks FD had with not only women reformists, humanists, journalists, suffragists but activists from all walks of life.

Dr. Fought is a Douglassonian in both her scholarship and deportment.

Without any fanfare or ceremony the co-founders of 16th & W Street Douglassonians awarded Dr. Fought a lifetime passport for the 1-6 and all of Old Anacostia many months ago. It was one of the first actions taken in our informal board meetings.

In January I ran into Harold Holzer doing research within the Manuscripts Reading Room of the Madison Building. During closing time, as researchers gathered their things, I exchanged a few words with the internationally known Lincolnonian scholar.

It was unclear if Holzer knew specifically about Dr. Fought’s book or was simply confused in our conversation, relaying something along the lines that he thought “women’s studies” within the field of FD Studies was the current and/or new trend line.

Accompanied by a Douglassonian friend, we made sure Holzer knew the baseball card statistics and details of Dr. Fought’s book: Oxford University Press. May 2017. Women in the World of Frederick Douglass. ISBN, etc. All that.

I told him to know about the book. The message was received.

I told Mr. Holzer I represent street corner historians, 16th & W Street Douglassonians, and among my current work on Frederick Douglass in Paris, I was committed to exposing Blight and the institutions that have supported his mediocrity and non-existent Douglass scholarship over the past decade and a half with full force and no mercy.

Holzer said he similarly didn’t have an advanced degree and could sympathize with my plight as an outsider waging battle as a lone warrior against the safety and protective comfort of the Ivory Towers.

Holzer said facts and research will carry the day at the end of the day. For Omar and Super-Omars of FD studies there’s only a single word we can say to that truth.

Prof. Fought’s status as anything related to 16th & W Street Douglassonians has been immediately revoked as of Thursday, July 30.