Posted by jmullerwashingtonsyndicate in Uncategorized on October 26, 2018

Anacostia Playhouse is pleased to announce the winners of our first-ever new play festival, Visions/Revisions! Eight new and non-produced 10-minute plays have been selected and will be presented as staged readings with professional actors and directors.

These plays address the themes of deterioration and renovation, both physically and socially, over the course of Anacostia’s long history. Anacostia has undergone many physical and social changes from the time of the Nacochtank Native American settlement along the Anacostia River, to the founding of Union Town, to today. These submissions examine the impact of revisionist history on Anacostia and its residents.

This New Works Festival will be held November 15–17 at the Anacostia Playhouse located in historic Anacostia in Washington DC. The festival is an opportunity to introduce new playwrights to Washington’s theater community and establish relationships between writers, producers and directors.

Our winning line up:

Struggles on the Stoop

What to Old Ana is the Lion of Anacostia

The Water of Her Noblest Rivers

Plays are separated into Group A and Group B.

Group A, performing November 15 at 8 PM and November 17 at 3 PM includes

Anacostia Bound, Grand Opening, Modern Geography, and What to Old Ana is the Lion of Anacostia

Group B, performing November 16 at 8 PM and November 17 at 8 PM includes

Struggles on the Stoop, Anacostogia, The Water of Her Noblest Rivers, and The Eight

All tickets are PWYC and available by clicking here.

Posted by jmullerwashingtonsyndicate in Uncategorized on October 24, 2018

Join local reporter and historian John Muller on a walk through Old Anacostia, examining the neighborhood through the eyes of residents past and present.

Blending historic research and contemporary Ward 8 politics, our guide will lead the group on a walk through time, exploring our city’s most historic Historic District. Stories of presidents, famed one-time resident Frederick Douglass, 19th-century architecture and neighborhood folklore will be woven throughout.

Tours start at 9:00 AM and concludes at 11:00 AM.
Meet at the visitor’s center of the Frederick Douglass National Historic Site
1411 W Street SE.

Dr. Frederick Douglass in Paris, France “wept with joy” upon hearing a “Negro girl” sing “Steal Away To Jesus”

Posted by jmullerwashingtonsyndicate in Uncategorized on October 23, 2018

Earlier this month there was an academic conference in Paris focusing on the subject of Dr. Frederick (Bailey) Douglass.

Short on scholarship, such as Frederick Douglass in Paris, and long on speculation and “intersectionality,” the gathered assemblage and conference organizers missed a sacred opportunity to uplift and advance lost history.

Attentive scholars of Dr. Douglass, of which there are woefully few, know how important Paris was to Dr. Douglass. I need not offer further details, whereas material published on this blog has been properly and improperly cited in David Blight’s book, as well as used by other Ivy League professors.

I know folks who claim to be Douglass scholars but are limited in their scholarship and therefore more restricted in their interpretations take material on this blog to use as their own.

This folks who put together the #DouglassInParis conference have no personal nor intellectual integrity. In a forthcoming blog post I will detail why and how the conference was an embarrassment but for now I present further unknown and unpublished scholarship on #DouglassInParis …

The Fisk Jubilee Singers made Gladstone weep and praise, and once when Fred Douglass was in Paris a reception was given him, and behind closed doors they had a Negro girl who was attending a school of musical culture, and when Mr. Douglass was at the highest pitch of jollity forth came the sweet melody of “Steal Away to Jesus,” and all was silent.

Finally Douglass said, “No one can sing that way but my people.”

The folding doors opened wide, and there stood a Negro girl with arms outstretched wide.

Douglass advanced without an introduction, embraced her and wept with joy.

Trademarked research not to be purloined by Princeton undergraduates or condescending and snide professors.

Posted by jmullerwashingtonsyndicate in Uncategorized on October 15, 2018

On October 10, 2018 I was alerted via text message by a member of the family of Dr. Frederick (Bailey) Douglass about Adam Gopnik’s article, “The Prophetic Pragmatism of Frederick Douglass” in the October 15, 2018 print edition of The New Yorker.

In a forthcoming letter I will address concerns members of the Douglass Family and Bailey Tribe have expressed to me regarding the “speculative history” Mr. Gopnik posits in “The Prophetic Pragmatism of Frederick Douglass.”

However, this letter is prompted by a blaring and outstanding factual error in Mr. Gopnik’s article.

In the the last sentence of the third paragraph it reads:

And then, in 1881, when he was in his sixties, he published “Life and Times of Frederick Douglass,” in which this man, who had watched the ships go by in the Chesapeake Bay with a desperate sense of disbelief that anyone or anything in the world could be so free, was able to report on his journeys to Cairo and Paris and his reception in both as a man of state and of letters.

This sentence is false.

Dr. Frederick (Bailey) Douglass, America’s Pharaoh, first visited Paris in 1886 and Cairo in 1887. I have researched these visits and published facts and particulars about these visits on the blog.

Dr. Douglass does not detail these visits in the 1881 version of Life and Times of Frederick Douglass as it would have been a metaphysical impossibility as well a rupture of the space-time continuum.

Dr. Douglass reported on his journeys to Cairo and Paris in his 1892 version of Life and Times of Frederick Douglass.

Nothing less than a correction to the online article and a print correction in the next available edition of The New Yorker will properly uplift and correct the fallen history of Dr. Douglass in the bicentennial year of his birth.

Posted by jmullerwashingtonsyndicate in Uncategorized on October 13, 2018 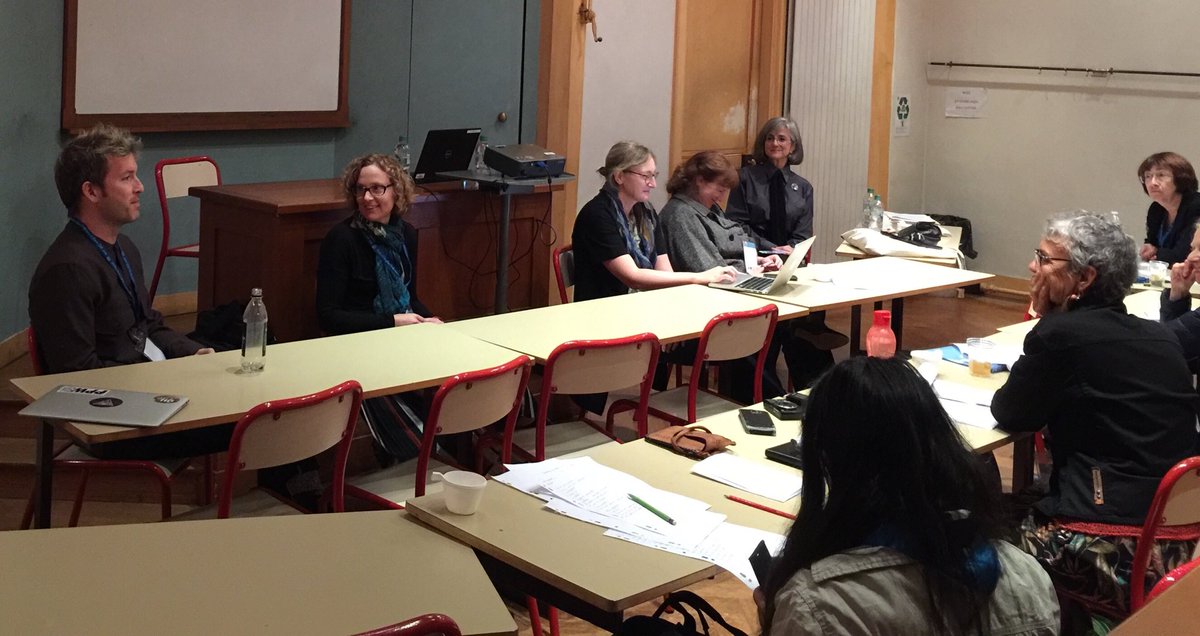 Posted by jmullerwashingtonsyndicate in Uncategorized on October 12, 2018

It recently came to my attention content from this blog was instrumental in the creation of a “Frederick Douglass in the City of Lights: Walking Tour” created by Princeton University undergraduates (sophomores and juniors) with the guidance of Associate Professor of History Rhae Lynn Barnes.

Drawing largely from my posts about the friendship of Dr. Douglass and journalist-poet Theodore Tilton, the students assembled an impressive, yet abridged, multi-media guide to some of the extant locations Douglass visited while in Paris including a hotel and a cafe.

Evading, however, their scholarly attention, or rather scholarly pilferage, was the visit Douglass and Tilton reportedly made to the present-day 12th arrondissement to pay their respects to the Tomb of General Marquis de Lafayette in the rear of the private Picpus Cemetery.

A Visit to Lafayette’s Tomb

Earlier this week I took ligne 6 to Picpus, a not insignificant distance from the city center and areas where Douglass is known to have frequented in Paris.

Within the short walk down the street and around the corner to the cemetery there were several multi-story developments underway.  Construction was happening on a property immediately adjacent to the cemetery while across the street from the large wooden doors to the walled-in cemetery is a Total gas station.

Arriving at the cemetery doors I found myself in the company of two Brits and their friend from Florida. We quickly confirmed our intentions to visit Lafayette’s Tomb; mine for purposes of Douglass while theirs was due an interest in the dual patriot because of his presence in the popular musical Hamilton.

Once inside, the doors closed, the sounds of traffic seemed to fade away. Before us was a pebbled patch leading beyond a house to a large grassy area leading beyond to the Picpus Cemetery to the right.

A groundskeeper kept to himself trimming and clipping a line of rose bushes. By my count a half-dozen free range chickens scurried around under foot watched closely by a rooster in the bushes.

A statue of an archangel preparing to drive a spear through the devil’s head stood by its lonesome. Due the history of the Cimetière de Picpus the sculpture is felicitous.

Once inside the cemetery the noises of nearby children playing in a school yard proved a delightful soundtrack. As I proceeded towards Lafayette’s Tomb I passed numerous graves with dates of interment predating the visit of Dr. Douglass and Theodore Tilton in the winter of 1886 – 1887.

Arriving at Lafayette’s Tomb I paused a moment to pay my respects to a man with credentials of a patriot in two countries. Any Frenchmen who names their son “George Washington Lafayette” is alright to me and mines.

Adorned with a flag-poled Star Spangled Banner and plaques from the Mount Vernon Ladies’ Association, Daughters of the American Revolution, the Knox Museum (“Very Revolutionary”) and a number of Old Virginia cities there were more than a couple quarters tabled on Lafayette’s Tomb.

Lingering for more than a couple moments I was taken aback with what Lafayette has meant and continues to mean to American citizens.

The decision of Dr. Douglass to visit Lafayette’s Tomb was deliberate.

Special thanks and unconditional love to the Husson Family of Paris and my big brother Alexandre de Paris, an American and French patriot just like General Lafayette.

Frederick Douglass in Washington, D.C.: The Lion of Anacostia
Blog at WordPress.com.