Frederick Douglass invited to the Barbeque in Fairfax County, Virginia (1872)

Posted by jmullerwashingtonsyndicate in Uncategorized on October 5, 2020 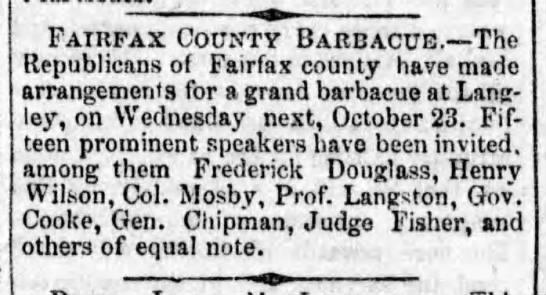 In the autumn of 1872, amidst the campaign season, a distinguished list of guests and dignitaries were invited by the Republicans of Fairfax County, Virginia to the barbacue, including Frederick Douglass.