Posted by jmullerwashingtonsyndicate in Uncategorized on May 14, 2021

Posted by jmullerwashingtonsyndicate in Uncategorized on June 10, 2020

Posted by jmullerwashingtonsyndicate in Uncategorized on June 5, 2020 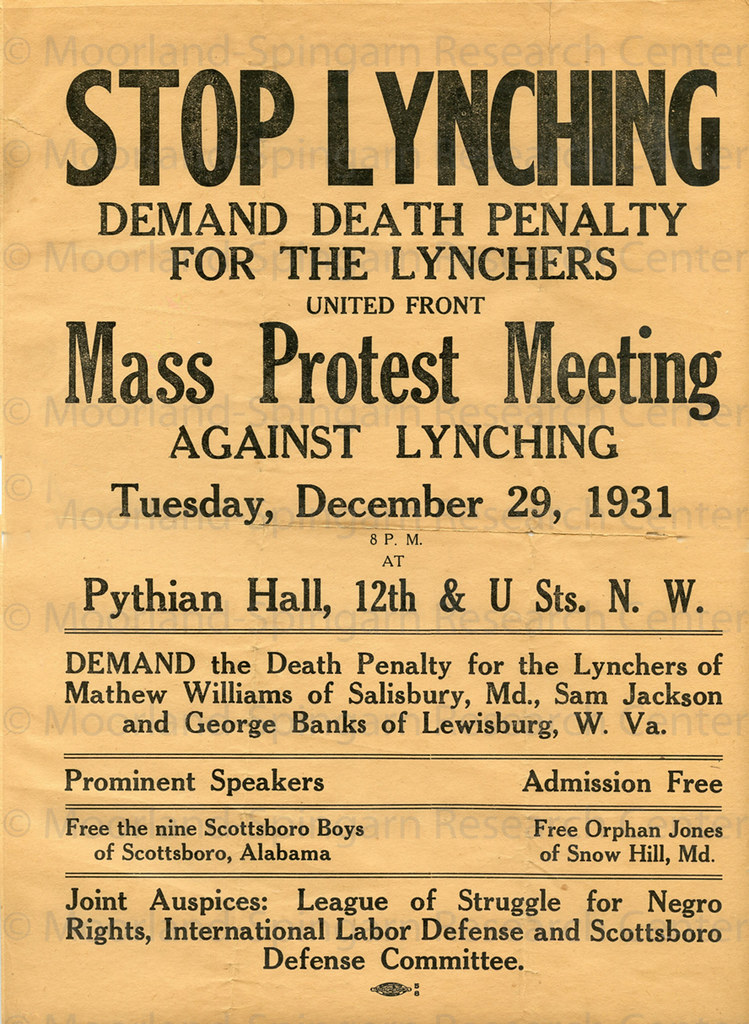 In continuing our close review of videos with Ranger John Rudy, an interpretative trainer at Harpers Ferry National Historic Park, we are continuously astounded by Ranger Rudy’s repetitious flights of fancy that are either 1) not based on any facts or scholarship or 2) a simplistic misrepresentation of local and regional history, confounded by a distortion to appeal to insular and exclusive “schmexicography.”

The latest example I’d like to point out is Ranger Rudy’s seeming insinuation that a female student at Storer College faced potential risk of “lynching” for writing a letter to the college president in 1931, the same year of the last documented lynching to occur in the state.

I have specifically focused my attention on a February 2017 tour of Harpers Ferry Ranger Rudy provided students of Shepherd University from nearby Shepherdstown, West Virginia.

“Think about the gumption it takes to write that letter.

This is your boss. This is your white boss. In what amounts to Apartheid West Virginia where segregation is understood as de facto law.

In a country where black women are being lynched across the South for much less than this she writes this letter.”

Why is this so troubling and egregious?

The lack of Ranger Rudy’s understanding and familiarity of the historicity and historiography regarding lynchings as concerns West Virginia and the immediate region is inexcusable for someone whose primary job is to interpret, communicate and share history with the public. Ranger Rudy’s presentation of history is imaginative; depicting Harpers Ferry and Storer College as an isolated and confining place void of newspapers and/or newspaper coverage where the violence, or the threat of it, was apparently awaiting anyone who dare challenged “Apartheid West Virginia.”

As the Equal Justice Initiative has compiled a map of documented and known lynchings across the United States, it should be noted that within the immediate region of Harpers Ferry there was 1 known lynching to occur in Berkeley County (West Virginia), 1 in Frederick County (Virginia), 3 in Loudoun County (Virginia), 1 in Allegany County (Maryland) and 3 in Frederick County (Maryland). Extra judicial killings within the area of Harpers Ferry were not a frequent occurrence but did occur.

That context is nowhere in Range Rudy’s flight of fancy nor a detailed or specific, even if brief, background on lynch law in West Virginia.

It may be helpful for Ranger Rudy to review an essay, “Lynching in West Virginia” by Adrienne Beasley on a website maintained by Marshal University. In this essay, Beasley chronicles the efforts by local, county, statewide and federal elected officials from West Virginia to actively prevent and/or stop the occurrence of lynchings, as well as strengthen local, state and federal laws against lynchings.

The NAACP branch located in Charleston formally applied for charter on June 4, 1918, was approved for charter by Committee on June 21, 1918 and was granted Executive Authority on July 6, 1918.

The branch received official charter with such expedience due to the efforts of Pastor Mordecai W. Johnson [ed note: later the first African American President of Howard University] of the First Baptist Church of Charleston. From his position within the Charleston branch of the NAACP, Pastor Johnson led a campaign of letter writing and telegrams to President Wilson in an effort to enlist the aid of the highest public office in the land against continued racial violence. Communications to President Wilson included letters from the Governor of the State of West Virginia, two Justices of the West Virginia State Supreme Court and other influential citizens, both black and white.

Examples of communications secured by Pastor Johnson relative to the NAACP’s efforts in West Virginia against the continuation of mob violence and lynching include the following:

I heartily endorse resolution now pending in Judiciary Committee for nation-wide Congressional Investigation of lynching and mob violence.  I earnestly urge that you will give all your strength in its support.

The time is ripe for Congress to investigate mob violence.  I urge you to support the passage of the resolution proposing this.

It is most urgently necessary that Senator Curtis’ resolution for a nation-wide Congressional investigation of mob violence shall be purported favorably from the Judiciary Committee and that it pass with the Senate’s approval at the earliest moment.  I respectfully urge that you will give the resolution your hearty support.

If we do not demand from the National Park Service better history and its telling than these pre-packaged flights of fancy told from the ahistorical white gaze perspective is the best they have. That Ranger Rudy trains other Rangers in interpretation is shameful, reprehensible and disgraceful beyond the description of language.

The historical issue of “lynching” — in its violent manifestations and local, state and national response – is one I have written on occasion for the Washington Informer and penned a Letter to the Editor, March 4, 2020 “Moonshing but no lynching” to the Cumberland Time-News.

What has Ranger Rudy written?

For these reasons, and several others, I would be complicit for not demonstrating the disgraceful perversions and limitations of Ranger Rudy’s grasp of rudimentary history of Harpers Ferry, West Virginia and Storer College.

The entire National Park Service should be ashamed, but surely they are not.

Posted by jmullerwashingtonsyndicate in Uncategorized on May 23, 2020

Enjoy a new walking tour experience through the historic streets of Harpers Ferry, West Virginia and its principal attractions.

Learn more about the enduring relationship and friendship of John Brown and Frederick Douglass, John Brown’s raid on the federal arsenal at Harpers Ferry in 1859 and the subsequent visits Douglass made to Harpers Ferry during his service to Storer College, West Virginia’s first historically Black college.

Learn about the lost history of the connections of Frederick Douglass in Harpers Ferry and some of the groundbreaking achievements of graduates of Storer whom Douglass worked alongside within the region and nationally.

Tour will start at the 1894 B&O train station and conclude at Anthony Hall on the former campus of Storer College, where Douglass served as a board member.

This walking tour is offered by an independent internationally known street historian; NOT affiliated with Harpers Ferry National Historical Park.

Muller has presented widely throughout the DC-Baltimore metropolitan area at venues including the Library of Congress, Newseum, Politics and Prose, American Library in Paris and local universities. As well, in the past two years he has presented on the “Lost History” of Frederick Douglass in Baltimore, Cambridge, Centreville, Cumberland, Denton, Easton, Frederick, Frostburg, Hagerstown, Salisbury, St. Michaels and other local cities and towns throughout the state of Maryland.

Muller has been featured on C-SPAN’s BookTV and C-SPAN’s American History TV, as well as in the pages of the Star Democrat and the airwaves of WDVM (Hagerstown) NBC4 (Washington), WPFW, WAMU, WYPR and Delmarva Public Radio.