Posted by jmullerwashingtonsyndicate in Uncategorized on December 16, 2018

One of 13 statues of Frederick Douglass erected to celebrate the 200th anniversary of the historic icon’s birth was damaged during an attempted robbery early Sunday morning, Rochester police said.

Officers responded to reports at 12:13 a.m. at 1 Tracy St., site of a seminary where Douglass enrolled his eldest daughter, Rosetta, only to withdraw her after finding she was being placed in segregated classes.

The six-foot seven-inch statues by Rochester artist Olivia Kim are made out of cast epoxy resin and weigh 40 pounds and were placed on sites of significance to Douglass’ years in Rochester. It was installed earlier this year.

Those statues were a part of a project called “Re-Energizing the Legacy of Frederick Douglass,” and in a statement issued Sunday, the project’s leaders Carvin Eison, Bleu Cease and Christine Christopher expressed their disappointment in the vandalism.

“People around the area are devastated to learn the news of the attempted theft and severe damage to the statue of Frederick Douglass last night,” the three said in the statement. “We wish that we could write this off as an immature act of vandalism, but sadly, the witness to the theft reports that hateful racial epithets were used by those responsible. We find that incredibly sad.”

The trio urged community members to see the vandalism as an opportunity to teach others about Douglass’ legacy rather than be angry about the damage. They also said the statue will be replaced as quickly as possible.

“On behalf of the entire Frederick Douglass Bicentennial Committee, we want to say thanks to the witness who quickly called the police,” they said in the statement. “Thanks to the Rochester Police Department for their quick response, and to all those who have reached out with words of support.”

Posted by jmullerwashingtonsyndicate in Uncategorized on July 29, 2018 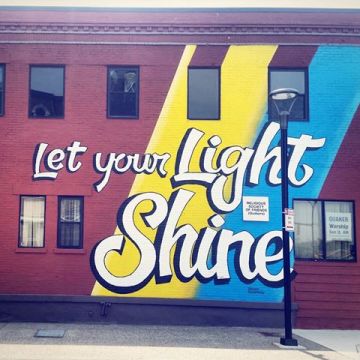 Quaker historian Judith Wellman and Justin Murphy of the Democrat and Chronicle will discuss Douglass’ Quaker connections in Rochester and his role in desegregating Rochester’s public schools. David Shakes will recite portions of Douglass’ speeches, and historian David Anderson will be honored for his career’s work on Douglass.

“Making the case for Frederick Douglass’ connection with UR,” Jim Memmott, Rochester Democrat and Chronicle [July 18, 2018]

Posted by jmullerwashingtonsyndicate in Uncategorized on July 19, 2018 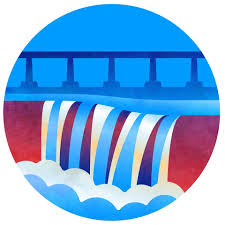 The abolitionist Frederick Douglass was an emancipated slave with no formal education. Most certainly, he never went to college; however, it would seem that college came to him, honoring his intellect, praising his achievements.

John Muller, the author of Frederick Douglass in Washington, D.C.: The Lion of Anacostia, makes a special case for a connection between Douglass and the University of Rochester and its president, Martin Brewer Anderson.

“The friendly relationship between Douglass and (the) Rev. Martin B. Anderson, as well as faculty and students at the University of Rochester, is pivotal to understanding Douglass’ Rochester years,” Muller wrote in an email. “… The mutual respect President Anderson and Douglass had for each other demonstrates how Douglass was uniquely supported by the ‘learned community’ in Rochester and the contributions he made to the intellectual vitality of Rochester as one of its leading citizens.”

This year marks the 200th anniversary of Frederick Douglass’ birth in Maryland as a slave. To mark the anniversary, the UR awarded Douglass a posthumous honorary doctor of laws degree in May. (Full disclosure: I teach journalism at UR.)

The degree recognized the fact that Douglass had been a leading abolitionist and published The North Star while living in Rochester from 1847 to 1872. He then moved to Washington, D.C., after his house on South Avenue burned down.

The time Douglass spent in Rochester overlapped with the early years of the UR, which was founded in 1850. Three years later, Martin Brewer Anderson became the university’s first president.

Muller lives in Washington and is a grandson of the late William B. Hemmer, a professor at The College of Brockport. He maintains a blog, thelionofanacostia.wordpress.com (Anacostia is the Washington neighborhood in which Douglass lived).

In the blog, Muller points to a letter of thanks that Douglass wrote to Anderson in 1868 after Anderson had helped him arrange a speech at another university. Anderson was also a member of a committee that commissioned Rochester sculptor Johnson Mundy to create a bust of Douglass. At the dedication ceremony in 1879, he spoke glowingly of Douglass.

“(Frederick Douglass) was a man born in slavery,” Anderson said, “but by a display of indomitable energy and a never wavering courage he raised himself to the level of the foremost orators, philanthropists and emancipators of the day.”

As Muller notes, Galusha Anderson (no relation to Martin Anderson), a student at the UR in the 1850s who later became the president of the University of Chicago, also had high praise for Frederick Douglass.

He wrote how UR students would gather in the library to read the new issues of The North Star. “He never had a day’s schooling in his life, yet he gripped and delighted college students,” Galusha Anderson wrote in 1916.

Anderson went on to write that “Pres. Martin B. Anderson of the university warmly befriended (Douglass), suggested much to him in conversations and commended to him useful books.”

Melissa S. Mead, the university’s archivist and Rochester Collections librarian, says that research into the connection between Frederick Douglass and Martin Anderson is ongoing.

However, the university doesn’t have Anderson’s outgoing mail in its collection. “It’s possible that he sent letters to Douglass, but we have no way of knowing that,” Mead says.

A bust of Douglass was first placed in Sibley Hall on the old campus of the university. It is now on display in Frederick Douglass Commons on the university’s River Campus. Thus, Douglass is a familiar presence at the UR, perhaps as he was while living here.

Honoring the dead
William H. Cooper Marine Post No. 603 of the American Legion will conduct a ceremony at 11 a.m. July 18 in Mt. Hope Cemetery, noting the 100th anniversary of the death of its namesake.

Martin B. Anderson (1815-1890): He became the first president of the University of Rochester in 1853 and served for 35 years, retiring in 1888. Born in Maine, he graduated from Waterville College (now Colby College), attended Newton Theological Institution in Massachusetts, and later returned to Waterville to teach. He went on to edit a Baptist newspaper in New York City until he came to UR, where, in addition to his presidential duties, he lectured on philosophy, constitutional law and other subjects. He also oversaw the move of the college from a hotel to a new campus on Prince Street.