Posted by jmullerwashingtonsyndicate in Uncategorized on June 11, 2020

Fair use is any copying of copyrighted material done for a limited and “transformative” purpose, such as to comment upon, criticize, or parody a copyrighted. This is fair use of the template of Civil War Trails, Inc.

Professionalism is paramount. We can no longer dither on the sacred and lost history.

As Richard Sherman told Michael Crabtree, “Don’t you ever talk about me and my research.” And I won’t name names but I will.

Don’t you ever talk about me and my research. Ever.

Posted by jmullerwashingtonsyndicate in Uncategorized on May 2, 2019

Love and respect to our dear friends Mr. Jarmon & Mr. Pinder uplifting history across the bridge in Cambridge City.

Mr. Michael Rosato is a Douglassonian muralist. His work in East New Market (Dorchester County, Maryland) is one of the most honorific and dignified murals of Dr. Frederick Douglass that can be found throughout the four corners of the world.

We are so excited to see this new mural of Harriet Tubman coming to life! The mural is on the exterior of the Harriet Tubman Museum & Education Center in downtown Cambridge, Maryland. Nationally known muralist Michael Rosato, who lives here in Dorchester County, where Tubman was born, calls this work “Take My Hand,” which shows her “reaching through the wall as if beckoning the viewer to take her hand and join her on a journey to freedom…”

Stop by the museum at 424 Race Street to watch the progress on the mural over the next few weeks. We’ll also be posting updates here!

Thanks to Fishing Creek Barber & Honey Bee Trading for capturing this photo and letting us share it. (This lovely shop and barber shop is located a few steps from the mural, so stop in and check it out.)

Posted by jmullerwashingtonsyndicate in Uncategorized on January 19, 2019

Proposals for workshops are being accepted until February 4, 2019 for this year’s Harriet Tubman Underground Railroad Conference, which will be held May 31 through June 1, 2019 in Cambridge, MD — a few miles from where Harriet Tubman once lived. This year’s theme, “It Ran on Faith,” describes Harriet’s approach to her life, as well as those who worked in secret, helping others to freedom.

This conference invites historians, students, educators, researchers, genealogists, artists and others to share and compare, interpret and celebrate this story based on family, freedom, community and faith. They are seeking proposals related to the realities and complexities of slavery, escapes and those who made escapes possible with an undercurrent of faith.

Workshop sessions by individuals or groups should be one hour in length. All programming benefits from audience interaction. Proposals should include the title and type of the presentation. Presenter information needed includes name, organization, email, phone number and mailing address. A short bio and photo should be included in presenter’s submission.

The presentation must be explained by describing the topic/theme in 300 words or less. The intended audience and technology requirements must also be included.

All of this can be emailed to tubman.conference@gmail.com.

Posted by jmullerwashingtonsyndicate in Uncategorized on December 23, 2018

Many thanks to all attendees and participants including representatives and members from the Dorchester County Historical Society, St. Michaels Museum at Mary’s Square, Talbot County Free Library, Waugh Chapel United Methodist Church, Bethel African Methodist Episcopal Church and the Harriet Tubman Museum and and Educational Center at 424 Race Street in downtown Cambridge, Maryland.

Thank you to the Dorchester Banner, Visit Dorchester, and the Harriet Tubman Byway for helping get the word out.

Special thanks to Eastern Shore historian and author Dr. Linda Duyer and Honorable William Jarmon of historic Pine Street for their kind support and technical assistance.

We look forward to seeing you soon!

Posted by jmullerwashingtonsyndicate in Uncategorized on December 8, 2018

Did you know that Frederick Douglass was born in the next county over from where Harriet Tubman was born on Maryland’s Eastern Shore?

Recently some interesting history about Douglass’s visits to Cambridge, MD, has been rediscovered, and on Dec. 22, you can join the Walking Tour of Frederick Douglass in Cambridge. The tour retraces the steps that Douglass took during two visits to Cambridge in 1877 and 1878, and includes two stops along the Tubman Byway (Sites #3 and #4). This year marks 200 years since Douglass’s birth.

The tour, which runs from 10:30am to 12pm, is led by John Muller, historian and author of “Frederick Douglass in Washington, D.C.: The Lion of Anacostia.” Tickets cost $15. 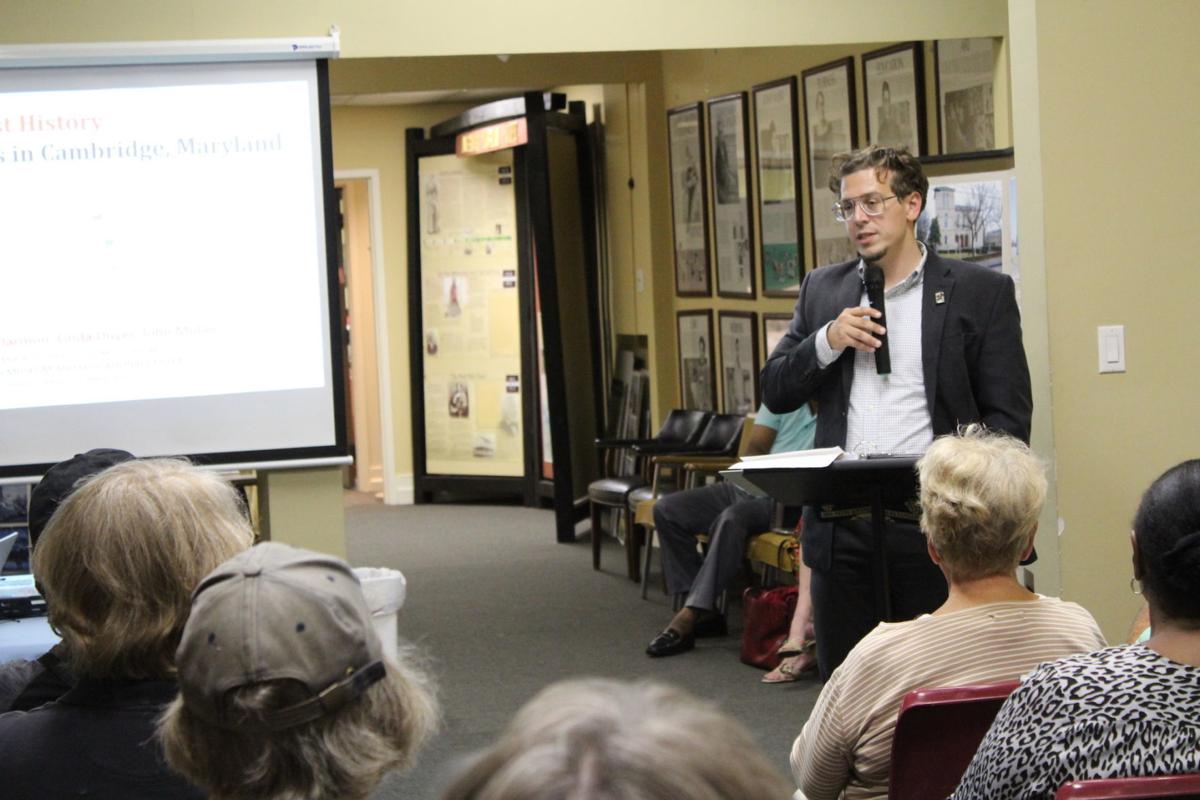 Posted by jmullerwashingtonsyndicate in Uncategorized on September 13, 2018

The good folks of Dorchester County, Maryland are embracing their lost history.

In advance of the planned announcement for the evening of Friday, September 21 I’ll be speaking on WHCP radio at 11:00 AM on Thursday, September 13 to discuss the unknown visits of Marshal Dr. Frederick Douglass to Cambridge.

If anywhere else in the world please tune in online at https://www.whcp.org/