A Note on the Sentiment of the Times: Frederick Douglass and George Washington from the Tuckahoe to Old Anacostia to Mount Vernon

Posted by jmullerwashingtonsyndicate in Uncategorized on October 5, 2020

A most profound Washingtonian of the 19th century walking the grounds of Mount Vernon seems redundant until you realize said man, of profoundness, was one Frederick Augustus Washington (Bailey) Douglass.

The Honorable Frederick Douglass, who visited Mount Vernon on several occasions, in a capacity that would satisfy both his public and private interests, is still relatively unknown outside of his promethean efforts as a leader of an international and American Abolitionist Movement.

Whereas you can find volume upon volume chronicling the Founding Fathers of America we have yet to turn our earnest attention to interpret the deeper legacies of our nation’s seminal forebears; Black American Patriots.

In understanding what we inherit from our ancestors subsists a compelling sentiment of what Fredrick Douglass would have gleaned from his durable study and lifelong admiration of the Commander-in-Chief of the Continental Army as taught him by Black American Patriot Founding Fathers.

As has been said Frederick Douglass is to Black America what President George Washington is to America, ongoing dialogue with our communities supports this continuance of sentiment that Douglass manifested in his life. Those who would deny this sacred sentiment have either yet to explore this history or deem it and its truer implications insignificant.

The paucity of a scholastic understanding and collective wherewithal is not by chance, however; professional historians, government-supported historical organizations and institutions of higher learning across generations and geography have knowingly or unknowingly largely ignored the consequential relationships and interconnectedness of Frederick (Bailey) Douglass (1818 – 1895) to Founding Father George Washington (1732 – 1799).

The connections and associations are near infinite. On the Tuckahoe Frederick (Bailey) Douglass was initiated as a Washingtonian by patriotic Black veterans of the Continental Army who served, distinguishably, alongside General Washington and his officer corps.

Within the community of Old Anacostia, in the hilly terrain of Southeast Washington City, Mr. Douglass would discover himself acquainted with those who had been born at Mount Vernon. He knew intimately the yoke of bondage and in it the degrees of complexity to which the precarious relationship existed between the bonded and the bondsmen. Mr. Douglass would have “[imbibed] the prejudices” of his fellow Washingtonians.

In the District of Columbia these legacies, these grandchildren of Mount Vernon’s manumitted society were taught by members of the Douglass family, who served as night school teachers and principals of DC Public Schools. These young Washingtonians would often find themselves gamboling and playing baseball with their classmates, the Douglass grandchildren, on the grounds of Cedar Hill.

Uncle Akelo Washington of Old Anacostia looks on as a camera crew from WETA interviews Mr. Ray out front of E’s store with a mural of Frederick Douglass facing 16th Street SE.

Across his public career Douglass often invoked the memory of Washington, as did other abolitionists of his era and those that preceded it. Douglass was raised into a tradition of spirited reverence for Black American Patriots whom Washington, Lafayette, and other officers from the prominent Shore families entrusted and accredited with their lives.

In General Washington, Douglass would discover a coadjutor and proponent in his cause, and the cause of his four million enslaved brothers, sisters, cousins, mothers, fathers and grandparents; the cause to end the condition of enslavement in America.

A thorough textual-analysis and study of every public speech and interview Frederick Douglass delivered, every private and public correspondence, every anecdote, memory and reference of friends and associates has not yet been realized in publication nor contemplated by the American academy.

Indigenous Douglassonian communities throughout this country need not your study. The history abides. Recorded oral collections within Old Anacostia today align with the historic record of Mr. Douglass and President Washington.

No apologists are to be found within Old Anacostia today for the community’s loyalty to Mr. Douglass. As Mr. Douglass respected and claimed George Washington as one of his own, as does Old Anacostia.

Generations before publication in 1903 of The Souls of Black Folks Douglass manifested this duality, and “double consciousness,” in his fidelity to Washington and an unwavering public recognition of the determinant role of the contributions of Black American patriots at every moment of every battle of the Revolutionary War, citing their prominence in founding this country’s freedom creed as equal to Washington, if not greater in humanity and sentiment.

Therefore Black Americans, free, indentured and enslaved, who inhabited old settlements along the Tuckahoe Creek of Caroline and Talbot counties on Maryland’s Eastern Shore had an obligation to provide counsel on Washingtonian virtues in war and peace to a young Frederick Augustus Washington Bailey.

This community of Black American citizen-soldier forgotten patriots of the Revolution told Betsy Bailey’s grandson the virtues of General Washington were his to inherit. 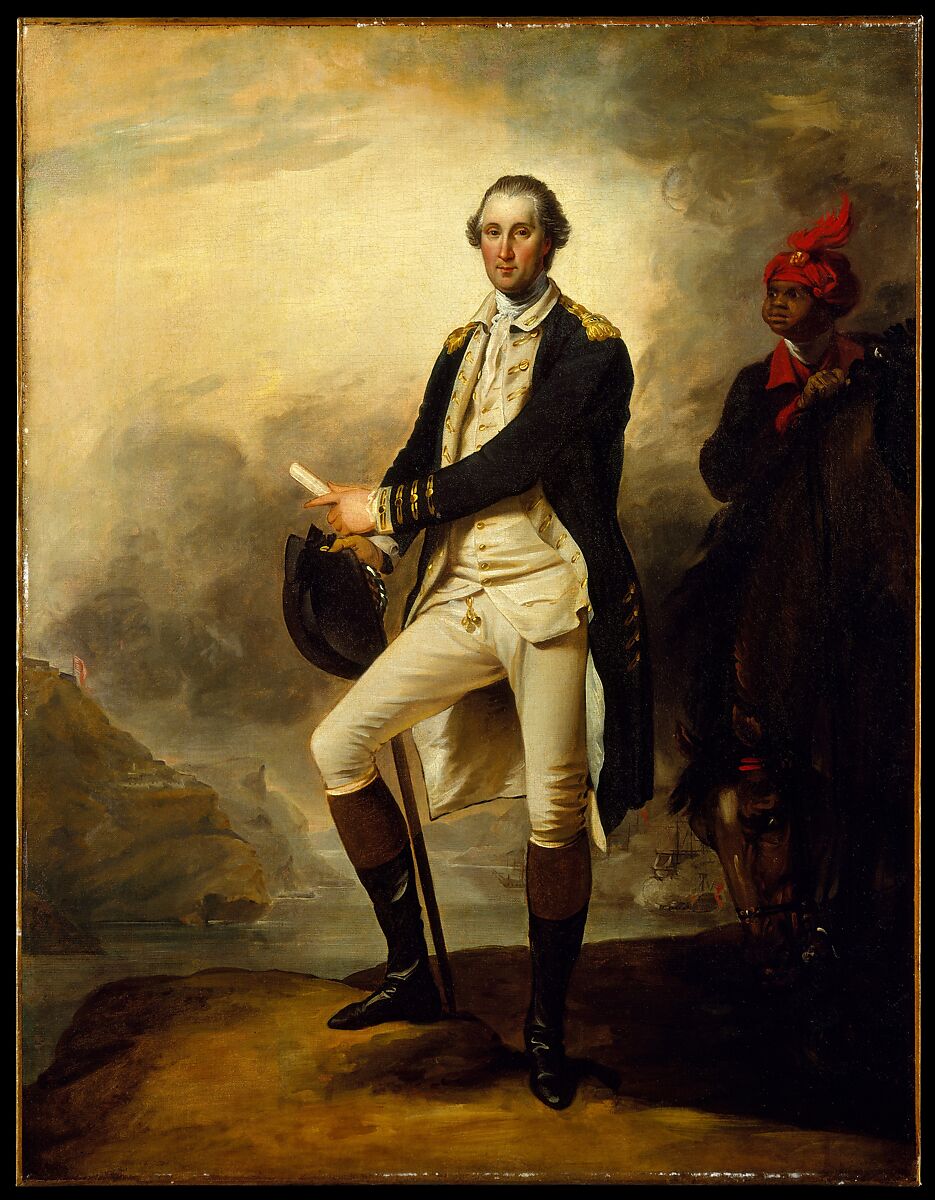 The courage and loyalty of Frederick (Bailey) Douglass to question the founding principles of his native soil throughout his entire public career across a half-century is a Washingtonian virtue.

Taught lessons of life and loyalty to community and family from his earliest recollections, the lifelong work of Frederick (Bailey) Douglass to return his opportunities to others of his race is definitively an African virtue, inscribed and carried in proverb and prophecy.

Black Americans dual patriotism is uniquely a product of the historic intersection of a peoples with millenniums of African civilization, customs, cultures and values forged in battle for American Independence alongside General George Washington that has yet to be fully recognized and reconciled to this day.

The oral tradition, and historic record, confirm the abiding commitment and contributions Douglass made to Washington City, specifically Freedmen communities east of the Anacostia River, where the Douglass family lived and actively participated in the betterment of civic life for more than a quarter-century.

Addressing local churches, schools, citywide celebrations and speaking with folks on the corners, Frederick (Bailey) Douglass imparted his affinity and admiration for President Washington, and the Black American Revolutionary War Patriots who served their country alongside Washington, to a generation of future physicians, educators, entertainers, journalists, authors, soldiers, dramatists, lawyers, philanthropists, preachers, politicians, diplomats and Civil Rights activists who lived well into the 1950s and 1960s.

As George Washington is a father of America, its founding and is an embodiment of national patriotism as Frederick (Bailey) Douglass is that nameless enslaved child who was reared at the foot of sable soldiers of the Continental Army to ignite reform across the country and Western World for peoples of African descent that continues to inspire Black and White American school children anew today.

The defiantly militant agitation for Black America that was the life’s work of Frederick (Bailey) Douglass was inspired by many known, and many nameless and forgotten patriots.

Throughout his life Douglass would invoke President Washington as an ode to Black American Patriots; a song to those who had sacrificed and bled for freedom, whose blood and bone were interred on the hallowed theaters of war of the American Revolution and did not see their liberation realized.

Even today one could not speak to the legacy of America’s fight for sovereignty from the British without, in the same breath, mentioning both the courage of George Washington and the valor of the nation’s Black Defenders of America; it would be a disservice to the history of both.

As 2020 wanes we feel it our obligation and responsibility to speak on and to the sentiment of our times as Douglassonians and Washingtonians.

Sentimentality will not save us as a country but it may help us save us from ourselves.

In an 1857 speech in New York City, delivered in response to the March ruling of the United States Supreme Court in Dred Scott v Sanford, Frederick Douglass invoked not just the memory of Washington but cited Washington’s redemptive sentiment; the redemptive sentiment on which this forsaken soil was founded.

George Washington can never be claimed as a fanatic, or as the representative of fanatics.

The slaveholders impudently use his name for the base purpose of giving respectability to slavery. Yet, in a letter to Robert Morris, Washington uses this language — language which, at this day, would make him a terror of the slaveholders, and the natural representative of the Republican party.

“There is not a man living, who wishes more sincerely than I do, to see some plan- adopted for the abolition of slavery ; but there is only one proper and effectual mode by which it can be accomplished, and that is by Legislative authority ; and this, as far as my suffrage will go, shall not be wanting.”

Washington only spoke the sentiment of his times.

Frederick Douglass Family Matters: “A COLORED BROTHER OF THE M. E. CHURCH ROBBED OF AN ADOPTED CHILD WITH IMPUNITY BY A RICH WHITE BROTHER OF THE SAME CHURCH.”

Posted by jmullerwashingtonsyndicate in Uncategorized on September 4, 2018

In recent weeks we’ve learned of the legend of John Creighton.

For and in his name and the community of street historians he organized and gathered we will continue to rush the speculative revisionist historians with the facts.

And if folks such as Yale Professor David Blight continue in their blatant thievery of our sources, citations and information without attribution there will be further fury in the complete dismantling of “professional historians” who have less personal integrity than the lowest low-life dirty rotten scoundrel.

What differentiates Prof. Blight and the below described “rich Methodist” in their personal pursuit of profit through immorality?

David Blight told an audience gathered in Washington College in Kent County that the extended family of Dr. Frederick (Bailey) Douglass was “dysfunctional.”

No language can describe the disgrace that David Blight is to the uplifting of Douglassonian scholarship.

Out of the Ivory Towers, out of the Ivy Leagues comes David Blight’s speculative garbage.

Out of enslavement came Dr. Douglass and his entire tribe.

The facts in the case are substantially these. A free colored man, and cousin of Frederick Douglass, who was liberated by Capt. Thomas Auld, of Talbot County (and I will just here say, without the knowledge or consent of Capt. Auld, that he has manumitted some six or eight young colored men and women since 1844), married a woman who was also free.

They had no children of their own; but a free colored woman, on her decease, had left them her little daughter to bring up. This man was sober and industrious, and a good painter. The little girl was old enough to be of great service to his wife, who was afflicted with partial blindness.

According to the laws of Maryland a white man can seize a free colored man’s children, take them before a magistrate, and have them bound to service against the consent of the parents. On the holy Sabbath, a rich Methodist, accompanied by a constable, went to the house of the colored man while he was absent, carried off the girl, and on Monday morning took her before a magistrate and had her bound to service.

A Methodist of standing took the part of the poor colored man, and appealed to the Orphans’ Court of Talbot County; but the Court decided that the oppressor had violated no law, and the counsel of the latter stated to the Court that the laws of Maryland did not recognize the parental relation among negroes any more than they recognized that which exists among brutes.

I then urged the preacher in charge to have the delinquent brought before the church. A committee was appointed; but the man was acquitted. And this moral and religious kidnapper is still in the church, and, I suppose, contributes his mite towards sending missionaries to convert the heathen.