Posted by jmullerwashingtonsyndicate in Uncategorized on May 29, 2019 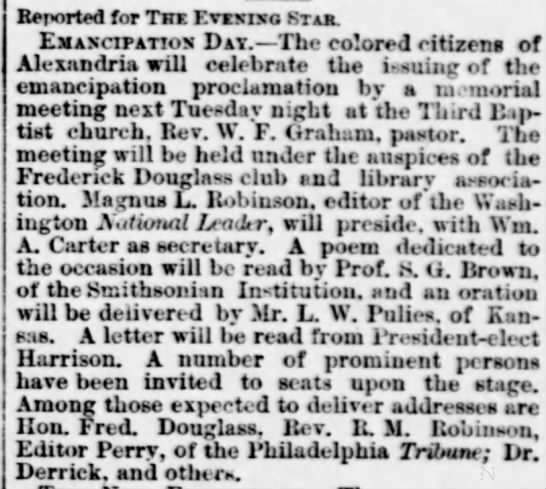 While an activist resident of the Hillsdale community on Elvans Road, Prof. Brown was friends with Dr. Frederick Douglass of Jefferson Street in the nearby Anacostia community. Brown and Douglass attended (and spoke) at the same literary events, local church groundbreakings and school graduations. Prof. Brown was a member of the Fifteenth Street Presbyterian Church. Upon his passing in 1906, Rev. Francis Grimke, who performed the ceremonies for the second marriage of Dr. Douglass, officiated Brown’s funeral.