MSS member and professional land surveyor, Chas Langelan, will do a one-hour talk on Early Surveying, the Original Survey of Washington, and the DC Boundary Stones. Langelan practiced more than 40 years in Maryland and the District of Columbia, running busy survey offices in Rockville and on Capitol Hill before retiring in 2008. He’s been president of both the Maryland and DC professional organizations for land surveyors. In 1992 Chas and his staff unearthed one of the missing DC boundary stones – SE 8 in Annacostia – which had been lost for decades after being buried 5 feet deep. He will be dressed in colonial garb with antique instruments, etc.

Local journalist and historian, John Muller, will cover the second hour with a talk that places Benjamin Banneker as the most consequential figure in the scientific and astronomical accomplishment of the survey of the District of Columbia. Muller will offer a research-based history which runs counter to a popular mythology which has minimized and marginalized Banneker’s importance to American history for generations of school-aged children. Muller has written for the Washington Times, Capital Community News, Greater Greater Washington, Washington Informer, DCist, Washington City Paper and the Washington Post. He is a frequent commentator on history and current affairs for local radio and print media.

Benjamin Banneker Historical Park and Museum is a 142-acre site dedicated to telling the inspiring story of the life and times of Benjamin Banneker, often considered the first African-American man of science. The museum’s exhibits chronicle Banneker’s contributions as a largely self-taught mathematician, astronomer, almanac writer, surveyor, abolition advocate and naturalist during the late 1700s. It was from this site that Banneker crafted one of the first all-American-made wooden clocks and wrote his almanacs and famous correspondence with Thomas Jefferson. In 1791, Banneker was assigned to the Pierre L’Enfant team to survey for the new federal city, Washington D.C.

Benjamin Banneker Historical Park and Museum has something for everyone whether their interest is history, astronomy, cultural activities, hiking or nature and conservation. The Banneker Historical Park and Museum preserves the cultural and natural history of the colonial era by offering special programs in colonial history and extensive environmental conservation, particularly for American native plants. 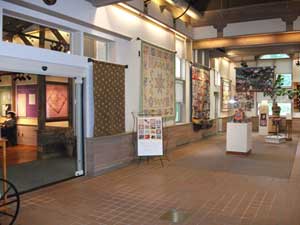 The split log colonial cabin is furnished with reproduced artifacts like those Banneker could have used. Visit the colonial herb garden, vegetable garden and Banneker Orchard.

Many trails can be found on site, including conservation paths and the historic Number 9 Trolley Line Trail. The museum presents changing exhibitions in history, art, culture and science, and a permanent exhibit on the life of Benjamin Banneker. In addition to the museum, the park also features a newly restored 19th-century farmhouse.

Yesterday I had opportunity to attend a practice of the Anacostia Steelers in Anacostia Park. While walking to the pool I came across artwork recognizing the connection between Dr. Frederick Douglass and the communities of Hillsdale and Barry Farm.

While in Washington City the Douglass family invested in the uplifting of local children and their families through education, employment, political activism and participation and even sports.

Coach Tony of the Anacostia Steelers and Ms. Paige of the Anacostia AMP Youth Sports Association, and all of their support coaches, volunteers and parents are keeping the Douglassonian tradition of uplifting the next generation of youngsters alive.

For more information please “LIKE” the Facebook page for the Anacostia Steelers and the Anacostia AMP Outreach & Empowerment Center. 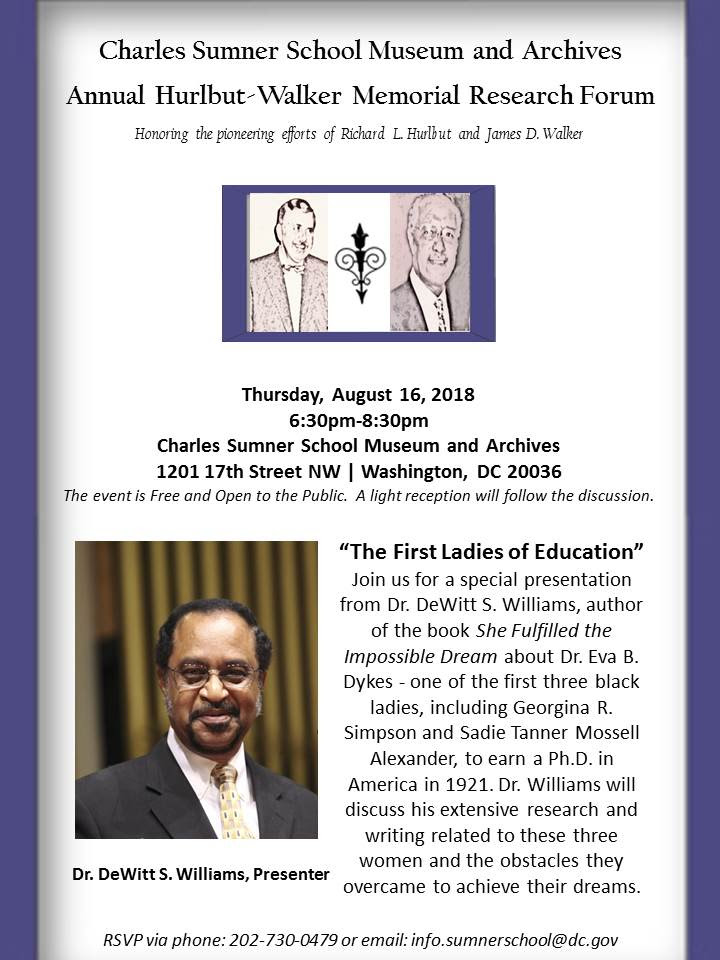 Join Dr. DeWitt S. Williams in a discussion about three African-American women who were among the first to earn a Ph.D. in the United States.

This event is Free and Open to the Public.

The Hurlbut-Walker Memorial Research Forum is an annual event that highlights the work developed by public researchers who have accessed the Sumner Museum Archives and honors the life and legacy of Richard Hurlbut and James Walker.

For more information about this series and the Sumner Museum, please e-mail us at info.sumnerschool@dc.gov