Diary tells of evening of tea & music at Rochester home of Frederick Douglass family in March 1861 on the eve of the Civil War [Never before published full account from diary of Julia Ann Wilbur, friend of Dr. Douglass from Rochester to Washington City] 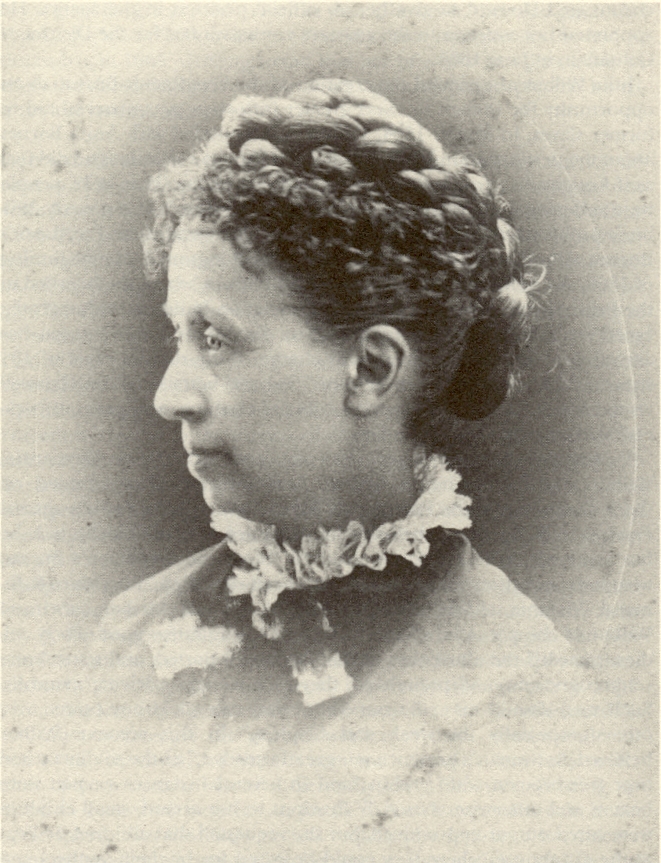 Julia Ann Wilbur was a friend of Frederick Douglass for decades from Rochester to Washington City.

Women in the World of Frederick Douglass published last year by Oxford University Press has done much to advance an understanding of the consequential and expansive networks Dr. Frederick Douglass ran with, largely overlooked in existing scholarship.

Prof. Leigh Fought’s work is one of the most substantive and important books to join the canon of Douglassoniana Studies since Dickson Preston’s groundbreaking Young Frederick Douglass in the early 1980s.

Douglass’ associations and relationships with women propelled his life and elevated his worldly education from the first recollections of his widely-respected grandmother Betsy Bailey to the last conversation he ever had with his second wife Helen Pitts.

While Prof. Fought’s work places many women in the Douglass network, in documenting the collaborative working relationships and associations in the liberation struggle from the abolitionist movement to suffragist movement there are, of course, many more women to be uplifted in the pages of our fallen history.

Last fall, A Civil Life in an Uncivil Time: Julia Wilbur’s Struggle for Purpose, was published by Potomac Books, an important addition to the periphery family of Douglassoniana Studies.

The work by journalist and historian Paula Tarnapol Whitacre brings to attention an important and forgotten friend of Dr. Frederick Douglass.

According to the publisher:

In the fall of 1862 Julia Wilbur left her family’s farm near Rochester, New York, and boarded a train to Washington DC. As an ardent abolitionist, the forty-seven-year-old Wilbur left a sad but stable life, headed toward the chaos of the Civil War, and spent most of the next several years in Alexandria devising ways to aid recently escaped slaves and hospitalized Union soldiers. A Civil Life in an Uncivil Time shapes Wilbur’s diaries and other primary sources into a historical narrative sending the reader back 150 years to understand a woman who was alternately brave, self-pitying, foresighted, petty—and all too human.

Throughout Whitacre’s work there are several references to Douglass. The author alludes to the development of Wilbur’s friendship with Douglass from attending lectures to visiting Douglass in his Rochester home for an evening spent with his family listening to music and having tea.

A Civil Life cites Wilbur’s diary as the source for the anecdotal visit to the Douglass home but the full text has never been published before nor included in existing Douglass biography and scholarship. (Please correct me if in error.)

We thank the municipal government of Alexandria, Virginia for making this incredible resource available to scholars and in the same radical spirit of ladies who ran with Dr. Douglass the militant scholarship — never before published material slowly putting together the millions upon millions of pieces of the puzzle — continues like chatterboxes holding the thrown seat on the all-night 70 bus.

This P.M. Mrs. Coleman went with me to Frederick Douglass’ & we took tea with all his family & spent the evening. It was a very pleasant & interesting visit. Mrs. Watkyes & Mrs. Blackhall & Gerty C. were there.

There was sensible and lively conversation & music. Mrs. D. although an uneducated
black woman appeared as well, & did the part of hostess as efficiently as the generality of white women.

The daughter Rosa is as pleasant & well informed & well behaved as girls in
general who have only ordinary advantages of education. The sons Lewis, Freddy, & Charles, aged 21, 19 & 17 respectively, are uncommonly dignified & gentlemanly young men.

They are sober & industrious & are engaged in the grocery business. F. Douglass is away from home much of the time engaged in lecturing. He continues a Monthly Paper & of course it takes a part of his time. It will be one year tomorrow since his little daughter Annie died under such painful circumstances, & they all feel her loss very much.

Apprehensions for her father’s safety, & grief for his absence caused her death. She was a promising child. She was 11 years of age.

This entry was posted on May 1, 2018, 2:18 pm and is filed under Uncategorized. You can follow any responses to this entry through RSS 2.0. You can leave a response, or trackback from your own site.