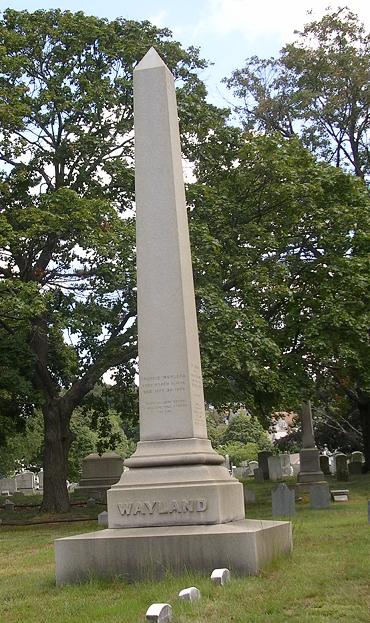 Address of Rev. Dr. H. L. WAYLAND,
Delivered at The Memorial Meeting,
Held at the Academy Of Music, Philadelphia, Pa.,
on Evening of April 15, 1895.

I cannot look upon the eminent citizen whose name is in every heart this evening, simply as a public man. To me, he was a valuable personal friend.

Forty-two years ago, while I was residing in Rochester, I made his acquaintance, and was captivated by his brilliant and admirable qualities. I had the opportunity of rendering him some slight service, which he, with characteristic generosity, estimated at far more than its real worth.

I had the honor of introducing him to three presidents of American colleges, a circumstance to which he often alluded with pleasure.

In 1854 he was invited to give the annual literary address before what was then Western Reserve College, at Hudson, Ohio, which has since been removed to Cleveland, and largely endowed, and which now bears the name of Adelbert College. It was the first time such an invitation had been given to him, or, I imagine, to any colored man. He naturally felt a good deal of hesitation. I urged him to accept the service. He did so, and, thinking that for a college occasion, something of a scientific turn would be demanded, he selected as his subject “The Claims of the Negro, Ethnologically Considered.”

When he had read what was within his reach on the subject, I asked permission of Dr. Martin B. Anderson, then president of the University of Rochester, an eminent and widely read student of ethnology, to bring Mr. Douglass to his house, that the latter might have the benefit of his great stores of information. The president kindly welcomed him, loaned him books, and afforded him the yet more invaluable inspiration of his personal encouragement.

The address went off well, although Mr. Douglass was fettered by the use of manuscript, to which he was unaccustomed, and probably was not unconscious of his academic audience. He subsequently expressed the opinion that he would nave done better to have spoken upon his great theme, and to have let himself out. One incident in regard to the address I recall. He quoted the opinion of some ethnologist, who claimed that the negro was radically differentiated from the other races, by his small, thin, weak voice. Mr. Douglass made no comment, but simply declaimed this extract from the author in a voice of thunder that made the rafters ring. 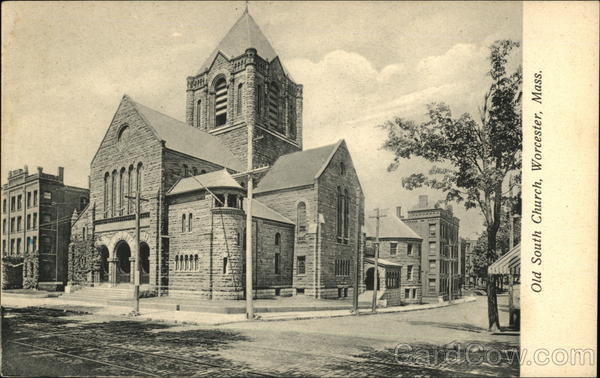 Later I was living in Worcester, the heart of the Commonwealth, a community more true to liberty than any other city in America. I fully agree with the sentiments that I have heard uttered by Theodore Parker, that, if you tie a rope ten miles long to the steeple of the Old South Church in Worcester, and use it as a radius, you will include within that circle a higher average, intellectually and morally, than anywhere else on the earth.

Just after the crime of the Dred-Scott decision, I arranged a lecture for Mr. Douglass in the Worcester City Hall, and, for the first time in his history, he was introduced by the Mayor of the city, who presided. 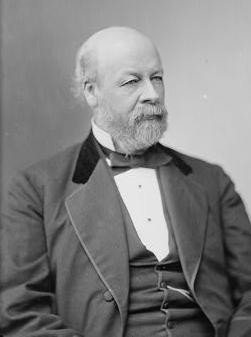 Pardon me for these details, which I do not enter into from any personal motive, but simply to introduce an incident which took place twenty years later, while Mr. Douglass was Marshal of the District of Columbia. I called upon him in his office.

His son came into the room, and Mr. Douglass said, “My son, this is Mr. Wayland. Mr. Wayland was a friend to your father at a time when your father needed a friend very much.”

The recollection of these few words, touching in their simplicity, I prize greatly at this hour.

It would be very pleasant to spend the time which your courtesy allows me in eulogizing the virtues of Mr. Douglass. There is little need to speak of his eloquence. Coming upon the platform in a day when Curtis and Sumner and Phillips were speaking, he occupied no second place.

Forty years ago, John G. Palfrey, formerly a professor in Harvard University, from his place in the popular branch of Congress, spoke of Mr. Douglass as speaking and writing the English language “in a manner of which any member might be proud.”

He had the qualifications of a great orator. Eloquence comes from the heart It is true of the orator, as of the poet:

“Men are cradled into poetry by wrong;
They learn in suffering, what they teach in song.”

In order to be eloquent, there must be a great cause, a great experience, a great agony. I can but think it a wonderful adjustment of Providence that in Mr. Douglass were united the burning experience, with the gift of speech. I seem to hear him now, as, looking back to the former condition of himself and those associated with him, he exclaimed, “Oh, the depth, the depth!”

The utterance of these words cost him twenty years of slavery and a half century of sympathy.

Along with his eloquence and his brilliancy, Mr. Douglass united a wisdom, a good sense, a good taste, that never allowed him to go astray. I recall no public man who has made fewer mistakes.

His wisdom, together with his mental independence, was illustrated by his relations to Mr. Garrison and others of the old abolition leaders. They held that the Constitution was a pro-slavery document; that it was, in their own often-quoted language (which I think was printed every week on the first page of the Liberator), “a covenant with death and an agreement with hell.” They refused to act under the Constitution.

They abjured the exercise of the franchise. They set at naught force and trusted only to moral appeal. But they did use words infinitely sharper than the sword. Mr. Douglass’ early associations were with these men, who are to be honored for their bravery and their fidelity. But in the course of time, with enlarging wisdom, he found himself differing from them, and he was forced to protest against their fundamental principle and against their methods and spirit. He declared that the Constitution was an anti-slavery document, and that it contained resources for the universal establishment of liberty.

Time passed. Under the forms of the Constitution, the great emancipator was elected. A President, constitutionally chosen, signed the Proclamation of Emancipation, and, through the armies of the United States, and under its flag, slavery was annihilated.

A striking feature in the character of Mr. Douglass was the absence of bitterness. He warred against a system, not against man. That was a very touching episode, his visit, late in life, to his old master, from whom, fifty years before, he had run away.

Mr. Douglass had a broad humanity. His sympathies were not confined to the advocacy of any single cause, or the championship of any single class or sex. His voice was enlisted for all who suffered wrong.

It would be pleasant to dwell at length upon the character of our honored friend. But I think we should do injustice to the occasion, if we did not draw from the life that has closed, one or two lessons.

Especially here is an example in inspiration, for the young. I do not know in all history a parallel. Here is a lad — born a slave, not merely a serf, of the same race and color of the master, and belonging to the soil; but bearing upon his brow the indelible problem of his servitude, and of the defenselessness of his mother; liable to be brought to the block at a moment’s notice; knowing law only by the burdens it imposed and the wrongs it inflicted. To teach him the five letters which spell the name of the Redeemer of mankind is a penal offence.

He has no property, no rights, no future. In childhood he sleeps on the floor, in a tow bag, which but partly covers him. He wears by day a single tow garment, and he picks out of the dust the grains of corn which the chickens have left.

He bore on his own body the marks of the lash, and could not have protected his own sister, his own mother, his own wife, from the vilest profanation. Robbed of everything else, he has a soul, a will, a mind; he has a sense of right and wrong, he has something in him, which, like the magnetic needle, eagerly quivers toward the North, and he dreams of the polar star.

After he had made his way to a land where slavery was forbidden, he was yet under the ban. White workmen would not labor by his side; in the steamboat, in the cars, in the place of amusement, not seldom in the house of worship, be saw or heard or felt the words, “No niggers allowed here!”

This was the man who, later, was the friend of Lincoln, and of Grant and of Sumner; who was chosen elector-at-large for the Empire State; who repeatedly sailed upon national ships, sent upon errands of honor by the nation; who ranked among the authors and orators of America; who was a welcome guest in many of the oldest and proudest homes of Great Britain and of Europe; who, but the other day, was borne to his grave amid universal reverence; whose body lay in state in the city of Rochester, where for a score of years he had resided. The story of his youth, of his manhood, of his age, unite in saying to every young man: “Nothing is impossible to him who wills.” “Would you be held in honor? Make yourself worthy of honor!”

And out of this life, there grows a lesson for every one of us.

We look at his history; we see the changes and the conquests which were compassed by the duration of a single life; we see the system of slavery, which for generations ruled the country absolutely, and which seemed more enduring than Gibraltar, now a dishonored fact in ancient history. We see an army of dark-hued children going daily to their schools.

We see the colored adorning almost every station and every profession, and we realize that despair, that doubt, is a crime, which not humanity, and hardly God, can forgive.

Rev. Dr. H. L. Wayland served for a time as professor and college president. His father was the 4th President of Brown University and his brother was the Dean of Yale Law School.

This entry was posted on April 15, 2018, 3:48 pm and is filed under Uncategorized. You can follow any responses to this entry through RSS 2.0. You can leave a response, or trackback from your own site.