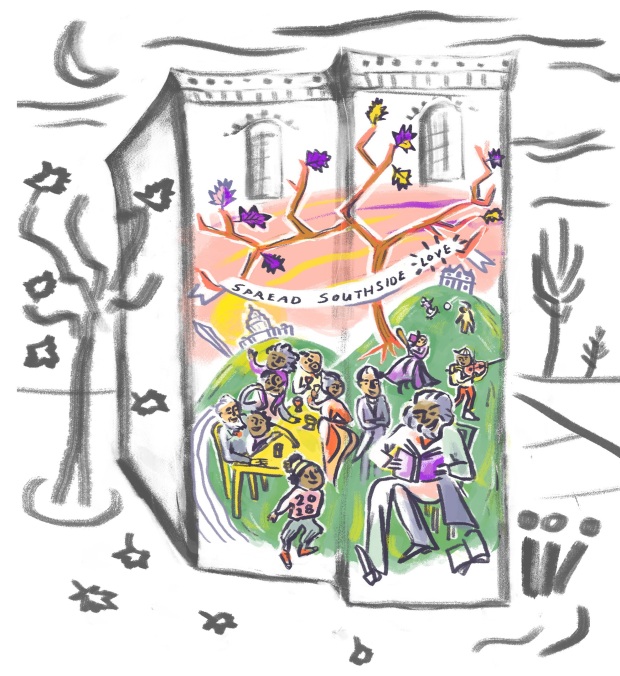 The new owner of the corner store at 16th & W Street SE in Old Historic Anacostia has supported an effort to create a mural on the 16th Street SE side of his building which will bring attention to and honor the Frederick Douglass Bicentennial.

Our ambitious plan for installation is BEFORE and/or during Saturday, Feb. 17, 2018, coinciding with the Frederick Douglass National Historic Site’s celebration of the Douglass birthday with speakers / presenters mostly from outside of the community. The mural installation will involve the local community and bring the spirit of the Frederick Douglass Bicentennial to the streets he walked and neighborhood he called home.

We are seeking to cover the costs of the muralist’s design time and labor, in addition to costs of materials such as paint, brushes, painter’s tape and other incidentals.

There will be outreach to involve local children and teenagers and local media to generate positive attention to the legacy and importance of Frederick Douglass to the local community of Old Anacostia and specifically the inhabitants of W Street SE and surrounding environs.

To support this effort please consider making a small donation.

This entry was posted on January 25, 2018, 9:05 pm and is filed under Uncategorized. You can follow any responses to this entry through RSS 2.0. You can leave a response, or trackback from your own site.