Posted by jmullerwashingtonsyndicate in Uncategorized on January 17, 2018 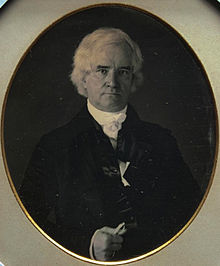 “He took passage for England from Quebec on the 12th day of November, 1859, and was everywhere received with the old-time cordiality. As he was fresh from the scenes and events that had stirred the English almost as much as the American people, he was in great demand for more complete information. He had occasion to deliver many addresses and it was everywhere manifest that he had lost none of his former prestige.

The only setback he suffered was when he applied to George M. Dallas, the American Minister to the Court of St. James, for a passport for the purpose of visiting Paris. He was refused on the ground that he was not a citizen of the United States. His visit was cut short by the distressing news of the death of his beloved little daughter, Anna, the delight and life of his home, his absence having covered only five months. He returned to find the public temper toward him mollified by the swift happenings of a season which was marked by incessant change in the currents of popular feeling.”

This story was told by FD during his life. A relatively moderate level of Douglassoniana obscura.